Well, here we are. It's 2013.
I managed to not post anything about Christmas, mostly because I was away, but partly because all of our Christmas photos are blurry cell-phone ones since our camera busted.

So, what happened in December (besides M's Birthday)? Here's a point form list...with some crappy photos.

Early December:
-Paul ruined Christmas by saying, point-blank "No." to G's question "Is Santa Real?"
-I cried
-G instantly forgot about it and still believes in Santa.


Mid-December:
-I anticipated a giant explosion of panic in the wake of having to pack/organize/clean before we left on the 19th
-The panic bomb did not explode! I managed to do it all without yelling at anyone (Paul).

-We traveled to see the majority of Paul's family in Ontario.
-G and her older cousin look amazingly alike. They look much more like sisters then G and M do.
-We took advantage of lots of free babysitting to see three movies in theatre.
-The three we saw were: Life of Pi, The Hobbit and Les Mis.
-They were all good, but Les Mis changed my life. I have never cried so much in a movie.


Late December:
-G and M both got an amazing amount of gifts... we are so grateful for our generous relatives.
-Our love of My Little Pony has gotten a bit out of hand. With the addition of 7 new ponies, they now have no less than 25 ponies, plus a pony train.

-On Christmas Eve, my Father-in-Law convinced G to leave out a Beer and Cookies for Santa instead of Milk and Cookies. It was pretty funny.


-Paul and I celebrated New Years together with free babysitting, for the first time in a very long time.
-We went to Niagara Falls (along with 60,000 other people)
-It was an experience.

This was that experience.

Paul grew up in Niagara Falls, worked the Falls and on Clifton Hill, so he's a...bit jaded about the Falls/ However, he knows the beautiful, uncrowded views and where to park so they won't charge you $15/car.
We watched a little bit of the concert, but it was pretty cheesy and Nelly Furtado was surprisingly bad for such a well-known singer. We wandered away and celebrated the New Year watching the fireworks emerge from three different places (including the US side, which appeared to get the New Year a minute later then Canada).

A couple of funny things happened as we walked back: This sign was on the Women's Washroom at the Falls. It made me laugh because "Frequently" is so very subjective. Frequently could mean...once an hour? Once a day? Once a month? Then it made me really laugh because this sign? NOT on the Men's Washroom. 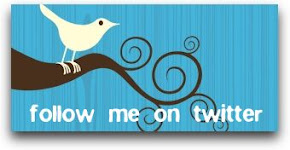